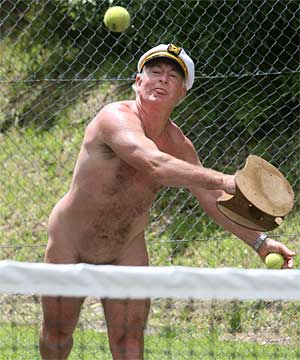 A series of frank interviews with various New Zealand naturists, exploring their many and varied motivations for following the clothes-free lifestyle.

Originally screened in Prime Time on TV3, Nude Zealand manages to avoid many of the clichés and much of the innuendo that so frequently goes hand-in-hand with documentaries on naturism.

Nude Zealand talks to members of Naturist clubs and the documentary crew is on hand when Christchurch firefighters pay a visit to a local club, some of whom are making tentative steps towards life ‘in the buck’.

Anna Dean, aka The 'Mouth from the South,' has been causing a ruckus, throwing great parties and getting the word out for various projects these past five years in Wellington. She rarely posts. Don't hold your breath.