Wellington Killah Beez on the Swarm

We like our blue cheese served with honey at Pollux, and we like our cocktails honey-rimmed at S&M. It’s fair to say that we here at the Wellingtonista are fans of bees, no matter what their political affiliations may be. That said, everyone knows we’re a bunch of pinko lefties, so it’s only fitting that we tell you about the Green Party fundraiser. 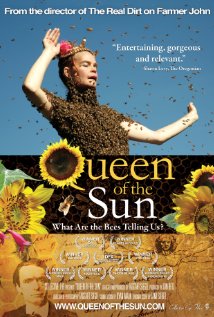 Queen of the Sun

All around the world, bees are disappearing and nobody knows why.

While the causes of Colony Collapse Disorder are still a mystery, the tragic consequences are far clearer.  Without honey bees pollinating the plants around us, our ecosystem will change irrevocably, putting particular pressure on global food stocks and the world economy.

Queen of the Sun is an alarming inquiry into the global bee crisis, told through the struggles of beekeepers, scientists and philosophers.  From the director of The Real Dirt on Farmer John, Queen of the Sun has been critically acclaimed on the film festival circuit, weaving a dramatic story that uncovers both the problems and solutions of renewing a culture in balance with nature.

The Wellington Central Green Party is privileged to screen the New Zealand premiere of this film as a fund-and-awareness-raiser. Green MP Sue Kedgley will speak about her bee decline campaign as part of this opportunity to help Wellington Central raise funds for what is gearing up to be an awesome general election campaign.

Tickets are just $25 and include drinks and nibbles sponsored by Yealand’s Estate, Aroha Organic Cheese and Bee’s Blessing. Order your tickets by emailing us at greenfilmfundraiser@gmail.com.