And fair enough too. 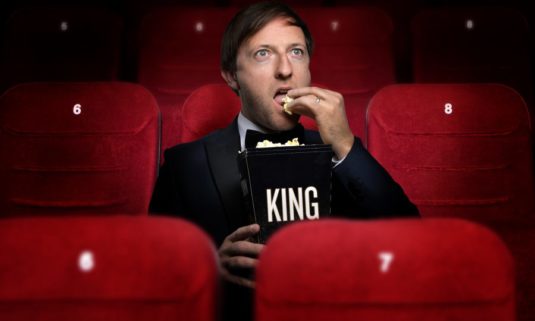 As he so lovingly puts it, our news cycle is a mad mess of fallen trees and cats on buses. We spend far too much time caring about things that aren’t global political conflicts and Trump. Why should we worry about global politics when we’re so far away? As an Irish comedian – and thus way closer to any shit that could go down – Maxwell’s got far more to worry about than we do.

Showtime is a fun mix of Kiwi-based nonsense, excellent accents, and quite a lot of talk about Brexit. While I’m, once again, probably not quite in his demographic, this show was a well-written sixty minutes of stand-up, and I had no trouble finding parts of it that worked for me.

Maxwell’s accent skills are wonderful. It takes a lot of practise to get a Kiwi accent down well, and he definitely hits the mark. One particular Queen St-based anecdote had multiple accent changes in an incredibly short amount of time, and it was rad to hear (especially because the scenario was so very Kiwi).

What was especially refreshing within Maxwell’s set was how he spoke on politics (Trump, Brexit, and the like). Don’t get me wrong, politicism in comedy is fantastic, but if you’re coming to a comedy show at a bar on a rainy Wellington night, it’s nice to have things that aren’t political at all to break up talk on the dismal state of the world.

Showtime is for you if you like going to a bar and listening to some mellow stand-up comedy. While it is not especially groundbreaking, Andrew Maxwell is an excellent orator and an unique international choice to see during this festival.

Showtime is running at San Fran in Wellington at 7.00pm from now until Saturday. Get amongst!