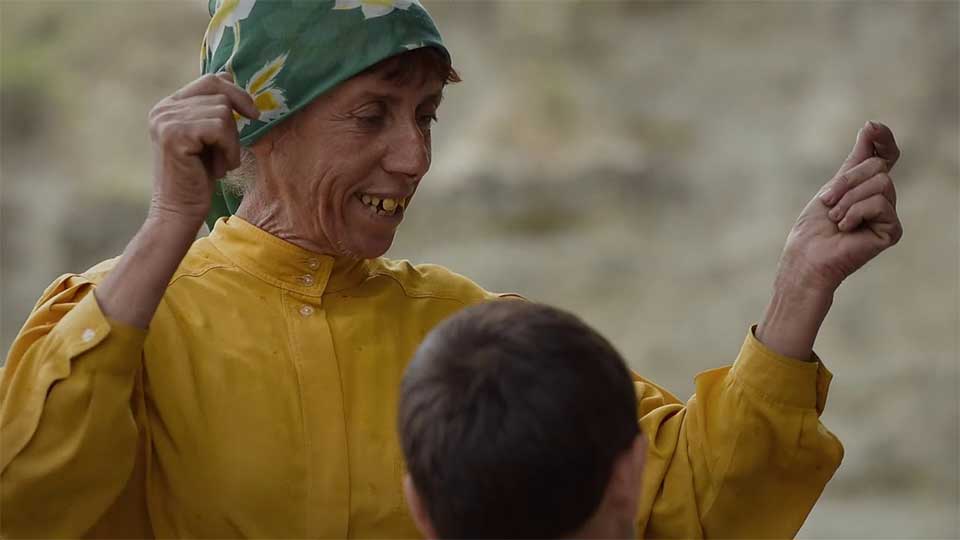 Dressed in a high-necked yellow blouse, mottled long skirt and patterned headscarf, the leathery Hatidze Muratova negotiates a mountain ledge to find a remote hive where she extracts just the right amount of honey so that both she and her bees thrive. Back home in her ancient stone hut in the Macedonian mountains, she houses herself, her ailing mother, a cat and a dog, alongside her wood stove, in a space the size of a garden shed. When she has enough honey, she visits the market in distant Skopje, where she displays her sales skills in emphasizing the superior quality of her product. It’s an unforgiving life – her mother is dying, her own teeth appear in need of serious attention and she is intensely isolated – but she’s managed to find beauty and warmth while remaining in tune with her environment. 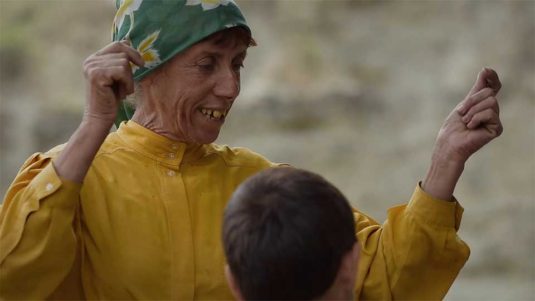 The background story of the film covers a Turkish family who move in nearby to live in a caravan and who start to sell honey themselves. They are regularly on the edge of disaster – toddlers run in an enclosure with bulls, a child is near to drowning in the river, and some reckless chainsawing is performed on a tree. Beyond their un-bee-friendly acts such as taking too much honey at once so that their bees get angry and attack Hatidze’s bees, they also neglect their livestock so they die of dehydration, and bicker furiously in front of their children. 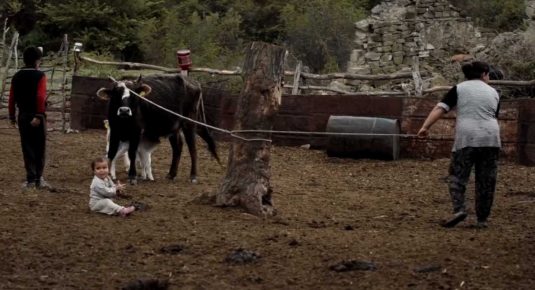 The contrast between the stories creates high drama, gives the situation its depth, and lets us know how special Haditze is, even within her own rarified world, but it’s hard to be convinced that the exposure of the Turkish family to the world will be to their benefit, and would not be better addressed confidentially by local authorities.