The Winter is coming

Well it’s pretty much here…. although today ain’t half bad and here’s hoping the weekend is kind.

Just a note, there’s rather an insane amount of good stuff opening tomorrow at City Gallery Wellington. They are launching the Winter Season with a heap of new shows. Plus it seems they are sneaking in a new website (doesn’t seem to be live just yet).

The doors open tomorrow at 10am and there are some great Capital City connections. Rob McLeod (who anyone who attended Wellington High over the last 3 decades will probably have been taught art by) has a solo show you can read about here.

Wellington’s coolest architect Ian Athfield and his architecture firm Athfield Architects (that crazy beautiful Khandallah building visible on the hill on the way to Petone from the city) is being celebrated with an exhibition and book launch designed by local designer Spencer Levine. There are awesome architectural models to drool over, photos and more.

Plus the gallery is exhibiting works by three Wellington photographers in the dedicated Hirschfeld space and the Wellington City Council gets to show off its latest acquisitions which include Wellington artists such as Ngatai Taepa, Martin Thompson, Ben Buchanan, Peter Trevelyan, Sian Torrington, Brendan O’Brien, Diane Prince, Mary-Louise Browne, Arie Hellendoorn, Rob McLeod and Kate Small.

There’s also something being referred to as a ‘James Bond Arctic Love Nest’ that it sounds like people may be able to climb inside….head to the gallery tomorrow from 10am. There are artists’ talks at 2pm (Wi Taepa), 3pm (Rohan Wealleans) and at 4pm tomorrow Ian Athfield and Sir Miles Warren will be in conversation about all things architectural! Free entry to all. 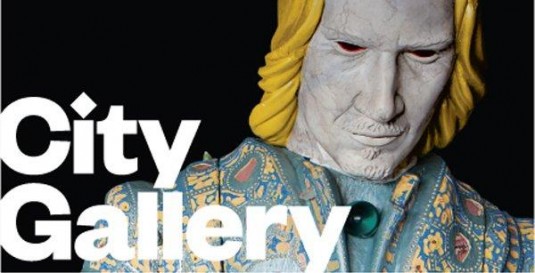 Anna Dean, aka The 'Mouth from the South,' has been causing a ruckus, throwing great parties and getting the word out for various projects these past five years in Wellington. She rarely posts. Don't hold your breath.