What Jonny did next 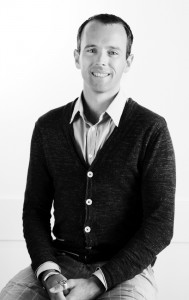 We have always been fans of anything the McKenzie brothers do, so we were super excited when we saw Jonny tweeting about a new waffle place. Sadly it turns out that not only is that waffle place in Auckland, but he’s not even running it. As it happens, Jonny McKenzie is bowing out of the publican life and his three drinking lounges, Cuckoo Emporium, CGR Merchant & Co and Hawthorn Lounge have been sold to the highest bidder – his brother and co-owner – Justin McKenzie.

Wait a minute before you start booing! Obviously a) these places are all in safe hands with Justin and b) Jonny’s not totally leaving hospitality. In fact, he’s getting all Silicon Welly on us. Jonny’ been bothered for sometime about the state of point of sale systems in the hospitality sector, so much so alongside Touchtech  – he has designed his own system. It’s called Posboss, and it’s attracted customers from some of the country’s best cafes, bars and takeaway establishments with Seatoun’s Huckle & Co being an early adopter and hero customer of Posboss.

The sale of Jonny’s hospitality empire will allow him to focus 100% in his new role as CEO of Posboss. What makes it different from other systems? For starters, it’s created by someone who’s actually worked in hospitality – and we hear that insider knowledge is so important that Jonny makes everyone who works for the buisiness do some hospitality training so they understand it. We’re happy if it means drinks get into our hands that little bit faster.