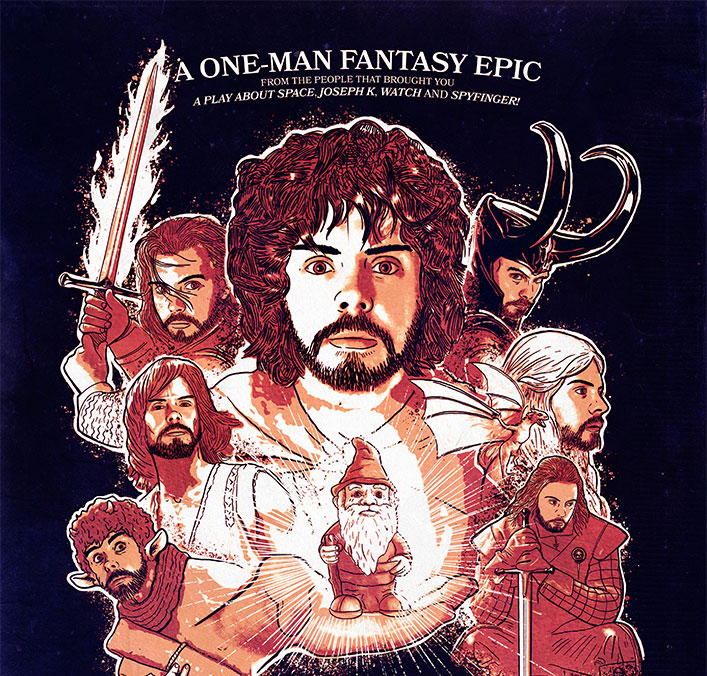 Review: The Sevens Sons of Supparath 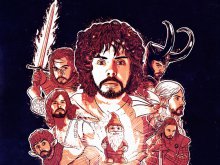 The State of Supparath has been at war with the demon lord Krunk for ninety years. Finally they have captured him (it?). The seven states sit in judgement and sentence Krunk to a terrible punishment. In order to enact their decree they send the Seven Sons of Supparath across the seven sections of the state to gather the pieces of the legendary dangerous WINCH OF FATE – which must be assembled before it can be used. Seven heroes set off on an epic fantasy adventure quest the result of which will determine the fate of their world.

In classic My Accomplice style this show is hilarious with clever (and omgterrible) lines plus scenarios, that lovingly mashes up all the familiar bits of stories we know then plays them back to us with heart. Paul Waggott plays everybody. He is energetic, with a physical performance that carries the story when the words or allusions become too much to process. There is clowning, running, dancing, mime, and the occasional still moment. Backed by directors Hannah Banks and Uther Dean, outstanding sound design by Oliver Devlin, and a superb lighting design this is a show to cheer you up after a bad week.

If you have any love for parodied fantasy fiction then you must see this play. It’s everything you want in a tribute show and more.*

*There is one bit I can’t write about because it’s a massive SPOILER however it’s a beautiful little easter egg that is still making me laugh every time I remember it.