Simply put, Meremere is a memoir come to life. I don’t feel qualified to ‘review’ the piece and the rich layers of culture, history, identity, and art contained within. It’s not quite dance, nor a film or a play – there’s a rawness that will appeal to those well-versed in the performing arts as much as those who aren’t ‘theatre people.’

Bell’s story meanders, not entirely seamlessly, but always authentically, between comedy and drama, whimsy and profundity, as he recounts his journey from Aotearoa to the United States and back again. The narrative has not been sanitised for our comfort, and those confronting moments about race and disability will haunt you.

Meremere has all the flawless technical production of a well-funded stage production, but the gritty passion of a solo confessional. I mean that in the best way possible – there’s something to impress everyone here. Movement of the Human, the company behind Rushes at the NZ Festival earlier this year, has done an incredible job complementing Bell’s story with light, projection, and sound. The music is so perfectly timed to the movement that it’s easy to forget there is a composer standing there, making it all happen live. And the projection is a work of art unto itself, adding an enthralling layer to an incredible story.

Seeing the love and admiration between all of the collaborators on opening night really drove home how much this story means to those bringing it to life. There was a lot of love in that room, and it was a privilege to be surrounded by it. Some things defy description or review, and Meremere is definitely one of them.

Meremere is a poignant reminder that there’s always more lying beneath the surface. How many other beautiful stories have we overlooked because of our assumptions about the narrator?

Meremere is on at Circa Theatre until 30 June. 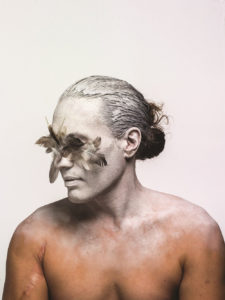