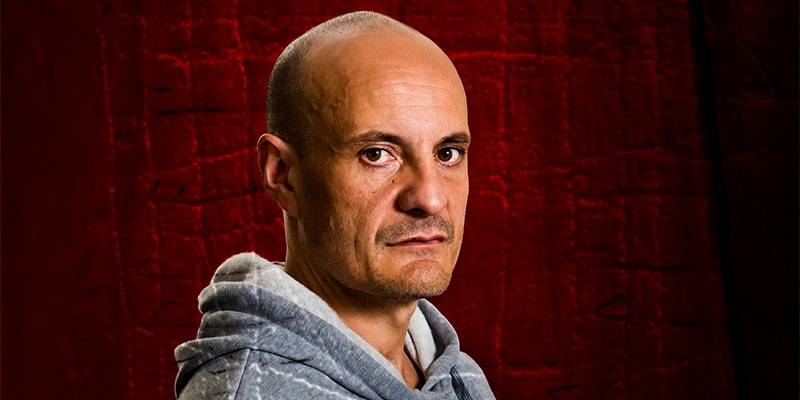 As part of the Kia Mau festival this year I got to go and see the opening night of Taki Rua’s show Cellfish, brought to Wellington after a season in Auckland last year.

A two person show, featuring Carrie Green and Jason Te Kare, Cellfish is set in a Shakespeare class at a men’s prison, but is far, far more than that. The performers manifest the inmates of the prison, Shane, Foof, Irish, Mo and Tane, as well as their earnest warden Ravi, through a series of characteristics. Green mostly plays Miss Lucy, their Shakespeare teacher, who says that, “Shakespeare saved my life,” and assures the men that it can help them too.

Foof can’t read, but he’s willing to try hard enough. Shane and Lucy have past history that neither of them can completely touch. Ravi’s just doing his best to keep the men focussed on the lessons.

It is an emotive odyssey through Shane and Lucy’s pasts. An unseen prisoner, Big Nate, connects them together, and Lucy wants nothing more to sever that connection as soon as she can.

Cellfish is a story of lost aroha, lost lives, and people stuck in a system that doesn’t quite get them. With references to modern media, as well as stories past, Green and Te Kare pour their hearts out on the stage in a way that brought me to tears at points. Powerful, vibrant, and with an underlying thread of Tikanga Māori (played out most memorably in a vignette about Hine-nui-te-pō), this play is full of moments that really hit you in the heart.

Cellfish is on at the Hannah Playhouse from now until the 15th of June. Tickets available here.