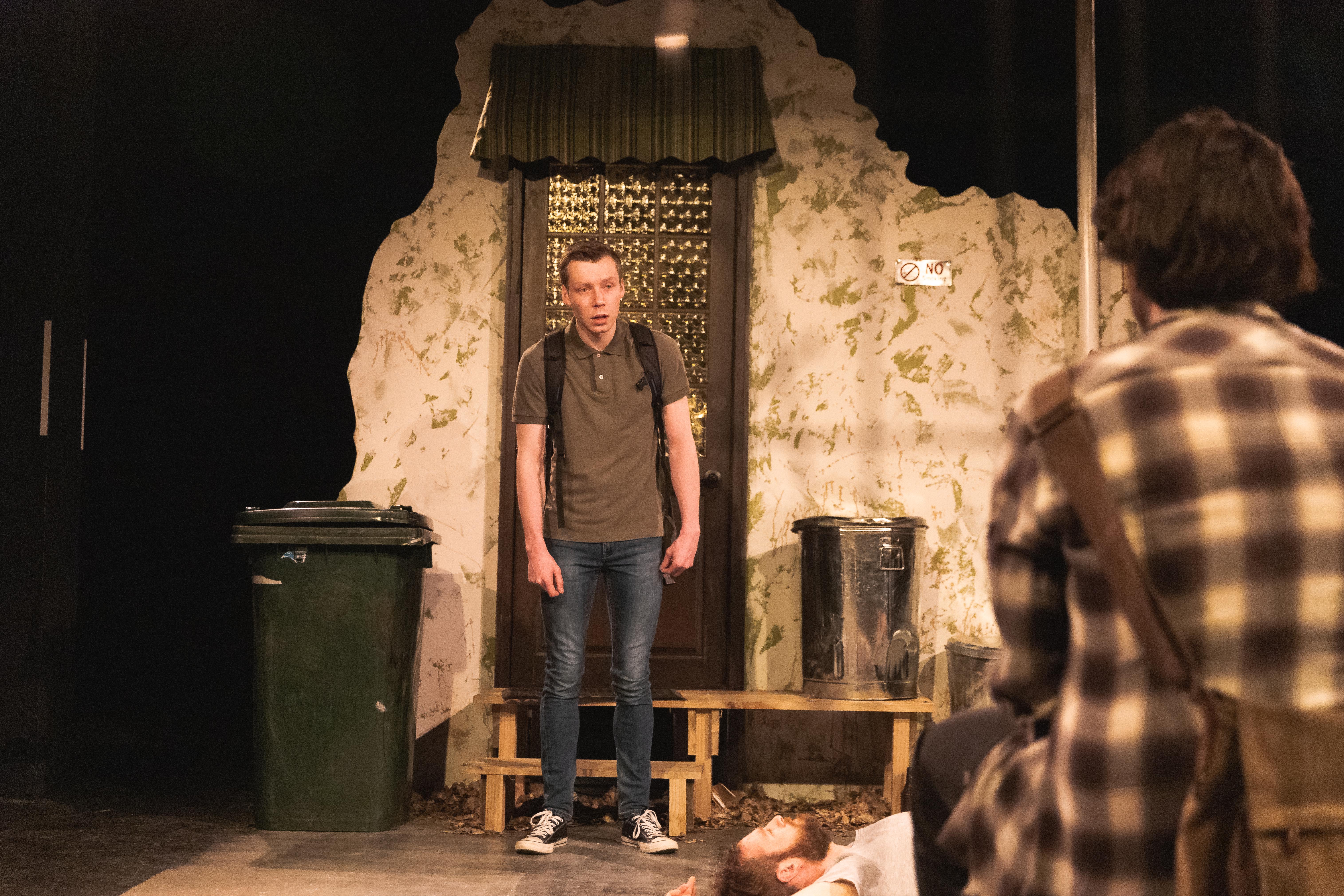 If I’m honest, I walked into The Aliens last night with a certain amount of cynicism.  I wasn’t expecting what I got – a thoughtful, gentle exploration of friendship and self in a homogenous world.

Annie Baker writes slow subtle plays about people, and their personal journeys, and that could be stupifying in the hands of a less empathic cast and director.   What does small town America have to do with us?  What do we care about a 16 year old boy and a couple of dudes who seem to have nothing better to do than talk shit and lie about?  It turns out, quite a damn lot.  Strip away the accents (bloody well executed, by the way) and American references, and it easily could have been a New Zealand play.

Cassandra Tse clearly saw that when she chose this play, one of her favourites.  Tse’s direction is occasionally uncomfortable.  The silences are too long, the physicality disjointed, grief isn’t pretty and mental illness is a delicate subject to navigate.  But The Aliens looks compassionately on those who don’t quite fit in but find at least a little comfort with each other.

Dryw McArthur’s desperately lonely Evan embodies that teenage state of not knowing what lies ahead or whether you have the strength to handle it, the conviction that everyone is far cooler and more advanced than you are, and the hungry attachment you form to people who seem to shine with confidence and talent.  I felt his awkwardness in my bones, and it was painfully familiar.

Jonny Potts played charismatic writer Jasper perfectly.   Under the bravado, he agonises over failed relationships and feels everything too too strongly.  KJ, his fellow drifter, is more stable with his friend’s influence, and in Jaspar’s absence in the second half, it’s clear he’s struggling.  Jack Sergent-Shadbolt delivers a stunning performance as KJ, alternating between filterless pragmatism and childlike joy without labouring either as a caricature of mental illness or drug use.  And his recognition of Evan as a comrade, even while he himself mourns, had me in tears.

The set is stripped back – the yard behind a cafe, a picnic bench and bins, a fence.  The lighting is uncomplicated. The focus, as it should be, is on these three young men.  All three are adrift and alone, but they’re able to be alone together for a while.  And upon Jaspar’s departure, the other two must learn how to cope without his light…  I think that’s more of a New Zealand story than we’d like to admit.

Theatre
Previous Post
Review – The Dunstan Creek Haunting
Next Post
Sex Workers of Aotearoa: A Day in the Life of