The Weight of a Thousand Oceans – review & giveaway 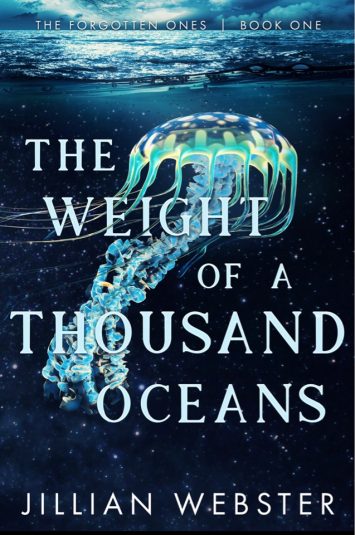 Wellington writers increasingly (and entirely justifiably) are viewing the ongoing climate disaster as a rich source of material for creating intriguing, imaginative speculative fiction. Based in future worlds where humanity has failed to stop a catastrophic, civilization-altering change in the climate system, these stories of what might be, if we don’t sort our shit out, right now.

Recently, Kirsten McDougall’s third novel She’s a Killer has delved into the near-future world of ‘wealthugees’ escaping climate calamity by escaping to NZ. Lawrence Pratchett’s The Burning River came out a couple of years back, and is set in a more distant time, when the world has heated up to the point where civilization has collapsed and wild-fires run rampant across the land. There’s also the likes of Andi C. Buchanan’s and Patricia Grace’s short stories On the Right Track and The Unremembered, and Tim Jones’ novella Where We Land (and probably a bunch more that I’ve missed or overlooked).

Joining the ranks of Wellington-based cli-fi authors is Jillian Webster with her debut novel – The Weight of a Thousand Oceans. This story set is at the Lawrence Pratchett end of the speculative pendulum: the world is hotter and our technological, wired civilisation has collapsed over a period of time now referred to as “The End” A greatly reduced population ekes out a subsistence living on the remaining bits of land that haven’t been inundated by sea-level rise.

Our protagonist is Maia, a young woman who lives with her grandfather in a hut in the Southern Islands (both the North and South Islands have been archipelagos unto themselves, their single landmasses turning into many as the rising sea separated regions from each other, resulting in the Northern and Southern Islands). It would be a fair bet that none of NZ’s coastal cities or towns have survived this inundation. It was nice knowing ye, Wellington.

Maia’s grandfather is unwell, his dependency on pain-killing marijuana increasing as he becomes frailer with each passing week. Maia’s future is thus a topic of much discussion – living a alone isn’t really an option, but her grandfather’s suggestion that she move to live with one of the Northern Tribes leaves Maia cold. She wants to explore, to venture out into the wider world, and perhaps go to the distant Old Arctic Circle, where it’s rumoured that civilisation is being rekindled.

While all this is going on, Maia is having dreams and strange visions that hint at … something? That she’s suffering nightmares and hallucinations. Or is there more to it? (Hopefully not too much of a spoiler: there’s a lot more to it).

Maia is fantastic protagonist, all the things you want when a book is so heavily focused on a specific character: thoughtful, strong-willed, curious, but thankfully not a full-fledged Mary Sue. She has moments of self-doubt, of fear, and times when she makes dubious spur-of-the moment decisions that (just about literally) plunge her into deep trouble.

Once Maia’s made up her mind as to what she wants to do, the story starts to rollick along. There’s pirates, sunken cities and startling revelations. There’s more mysterious visions and dreams. There’s a giant garbage patch in the sea (which is, depressingly, already a real thing, but greatly expanded in this story, and which plays a pivotal role).

In these middle and latter sections of the book, Maia also experiences her first of love and sex. I didn’t do any real background reading on the book or author before delving into the book and it was interesting reading it without any context as to what the target audience might be. It feels a little young adulty, but could well slot into the (hip-new-thing) category of new adult. Or just some standard “grown-up’ cli-fi. But also, labels, pffft.

(Also, a shout out to the book designer, Murphy Rae. “Don’t judge a book by its cover” is the cliche, but we all do, of course, and the imagery and designs of this book and its sequel The Burn of a Thousand Suns are gorgeous. The mesmerising long-tentacled jellyfish that adorns the cover of Thousand Oceans is bright and alluring, contrasted against a background of dark ocean water, conveying a similar dichotomy of beauty and just-below-the-surface danger that is reflected in Maia’s own character.)

Where that mix of potential power and youthful naivete will lead Maia becomes a question for the future, as her initial plans are derailed by the new emotional ties forged over the course of her adventures. Good news, then, that the sequel (the aforementioned The Burn of a Thousand Suns) is already available, with the third instalment planned for 2002. Either semi-binge now and wait for the denouement when it arrives (arrgh! it’s like waiting for new Succession episodes!), or wait for that third volume to drop and read in one long blissful rhapsody.

There’s adventure, romance, tragedy, mystery and, yes, there’s sex. If they tick your boxes, this a book (and series) for you.

And, good news for you, reader, we have copies of both the first two books in the Forgotten Ones series to give away! Just flick an email to giveaways@wellingtonista.com with the subject “forgotten ones giveaway” and we’ll put you in the draw. (And we promise won’t add you to any mailing list, or anything.)

If you don’t win, you can purchase the books online from Mighty Ape.

And find out more about Jillian on her website.