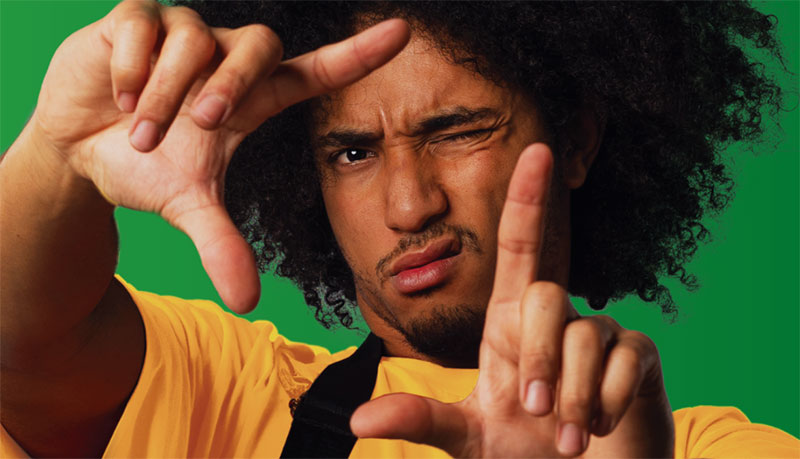 Presented by TAHI: New Zealand Festival of Solo Performance, HATCH is an opportunity for five emerging student artists from Te Auaha, Toi Whakaari: NZ Drama School, and Te Herenga Waka – Victoria University of Wellington to showcase and develop their work further. The mahi of a program with a kaupapa to value and foster emerging student artists’ talent is an endearing and admirable concept to begin with.

HATCH is a solo show type cabaret, split into five sections. HATCH was advertised as running for approximately 100 minutes but it ended up running over somewhat on the night I attended. There was also a facilitator to the event, Emma, who skillfully led us between each of the pieces. The pieces also had assistance on lighting, sound and stage design from other students.

Gideon had a fun use of miming and physical comedy in his piece with a minimal stage set design. He showed excellent use of physicality for both humorous effect and emotional pull. Gideon had a keen sense of the audience and ability to acknowledge them and interact with them to expertly draw them further into the performance. Throughout the piece there was compelling struggle, tension and release that was captivating to watch. Techniques of ‘in your face’ theatre seemed to be implemented to engage and call to attention some of the absurd physicality that a social point is hidden behind, it was not always obvious to me what that message was, but there was a clear encouragement to think, “who wins in a fight, a black dog or white dog? The dog you feed more.” The powerful dance form of “krump” was implemented with dance music playing over and a projection of dream-like visuals. A captivating look into perspective that was proudly and strongly influenced by Gideon’s own life, upbringing, Samoan heritage and family. I would very much enjoy seeing this as a longer piece that could thread and expand on some of the themes a little more coherently throughout the performance. A delight to watch on the stage.

Isaac had a bare stage set but also the fun spectacle of a spaceman-type costume that attached a vocal looper to him that he could then use to do what he apparently coins “Language voguing” to create music. Isaac has wonderful physicality and comedic pacing/timing. The sounds that he creates can be mood setting, pretty, funny, uncanny and unfortunately sometimes a tad pitchy and off-putting to a point beyond the sake of art. The act of looping vocals on stage to create meaning and ambiance far outweighs any slightly pitchy moments however and with dynamic lighting design really creates a fun and interesting piece to watch, sort of a solo soundscape. The solo gave a beautiful feeling of alienation at points. Isaac was able to turn the simplest phrase into pure comedy, a stand out being “Who’s coming? Me. I’m coming for who?” It felt purposefully absurd and I would love to see it elaborated further into that theme of communication, how we communicate and what that communication means to us. I’m also fond of a good use of Heelys. Fun, energising, absurd.

Parekawa has beautiful and interactive set design in her solo. Mail packages, art easels and canvases are stacked up to symbolise and represent various things. “Through looking and listening we gain wisdom.” Parekawa uses a documentarian-style voiceover, set and lighting design, and herself to represent the story of Horatio Gordon in an engaging way, and from a wahine Māori perspective. She does this as three distinct different characters – a Māori warrior. a Te Papa historian. and a tattoo artist.

Parekawa calls attention to the issue of cultural appropriation within a pre-existing historical context. She draws to light an unsanitized real depiction of the atrocities, brutal killing, weird cultural fetishism and othering Horatio participated in as well as some record keeping that preserved moko art for future generations, pointing out the bittersweet way. We are made to think what might have been kept if it could have been preserved in Te Reo by Maori Tattooists. Some ‘in your face’ theatre and a history lesson, incredibly compelling and close to home in subject. The paratext/set on stage was interesting to look at in the break. This was a great way to engage an audience in important, often overlooked Aotearoa history.

India’s solo performance revolved around the idea of unpredictable might. The set was more elaborate than some of the others although I’m not entirely convinced it added much to the piece beyond making the stage look like a bedroom. India reacts onstage to audio narration of what she’s doing in a manner akin to video games like Thomas Was Alone or The Stanley Parable. Like in these games India’s character Mens reacts to the voice and is even defiant to its expectations of what she should do, fighting back against the supposed destiny laid before her. While the audio is a fun gimmick especially when it’s panning around the stage and coming from different directions I feel that the audio recording editing and delivery could have been clearer and more dynamic as it was sometimes hard for me to follow. The lighting in this was used very effectively and there was a fun amount of meta fourth wall breaking and audience attention. While it was a fun piece I would have loved to find a stronger, clearer, maybe more engaging message that was unique and from other media doing similar things.

Jackson was non-verbal in his solo, and had a clear and bare stage. He played a cleaner/janitor character, who was armed with only a mop and bucket as he set out to clean the stage. This was a very fun piece that engaged and interacted with the audience for almost the whole time. The performance had Jackson clowning with great physicality and understanding of his audience, although at times broached into a weirdly sexual energy that I’m not sure entirely worked. This was easily forgiven as the comedy succeeded very well outside of that and the piece had effective lighting direction. Jackson reminds us in this piece that it’s not about the size of the mop, it’s the heart of the cleaner holding it. It really breaks down the walls between what is and isn’t a performance, and who is or isn’t performing in their work at any given time. I described this solo in my notes as: “serious fun”. A great note to finish the night on.

Overall this show was a very exciting opportunity to see some upcoming talent from various Pōneke tertiary institutions that I thoroughly enjoyed.