Maranui we miss you already

Shortly before 1am last night fire engines headed out to Lyall Bay trying to save Maranui Surf Lifesaving club and Maranui Cafe. 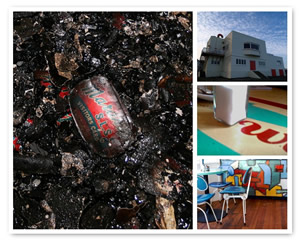 At the moment it doesn’t look so good.

I will miss their milkshakes most.

What was your favorite thing to consume at Maranui?

Flickr user Scorched has put up some more photos from the fire, including heartbreaking pics of the charred interior, and a photo of a melted fireman’s helmet.