My narrative has been marooned in Johnsonville for over eight months, a fate that, if not actually worse than death, is perilously close to it. In fact, it is exactly a year since I walked this section of road, and last week’s remembrance was the spur I needed to get the writing going again. So I resume, having left the hydrological pull of Wellington, following State Highway 1 downstream and deeper into New Zealand.

Middleton Road winds lazily down the valley, a nondescript suburban street, while the motorway hums away invisibly behind its arboreal screen. There’s the faintest sense of a buried stream, somewhere down in the filled-in gully, where the houses somehow contrive to look dark and damp even in the harsh summer sun. Nothing could be further from national significance.

But soon a steep, scrubby bank rises to my left, and this is where the Old Porirua Road once negotiated a perilous incline from what’s now Bassett Road down to where I’m now walking. It was so steep and difficult that it was known as “Russell’s Folly” for generations after it was bypassed, and Captain Russell’s reputation never quite recovered from his dubious engineering decisions. Some time after his regiment forced the road through this treacherous terrain, in the tense years of Ngāti Toa’s resistance campaigns, a gun wagon failed to take the grade and crashed down the bluff, where its cannons were lost in the swampy stream below. This was not just the main road in and out of Wellington. This was the frontier. 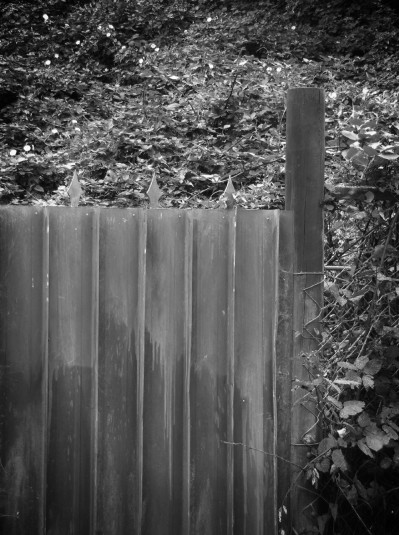 It was, and still is, a frontier of settlement. The housing comes in waves, lapping up and down the contours of the valley, reflecting the styles of the fifties through to the eighties. But past the dairy and the still-raw cut of Churton Drive, things take a turn towards the feral. Spiked fences, furtive driveways, dark looming stands of macrocarpa. A white t-shirt hangs in the brambles, motionless in the still morning air. A stream emerges from its subterranean confinement, trickling darkly between broadleaf scrub and wilding sycamores. The footpath narrows, compressed between white cliff-side railings and a tanalised fence at shin height, a clumsy goad to keep pedestrians in their place.

The quasi-rural ambience is interrupted by Wingfield Place, the sort of gauche subdivision entrance that seeks to flaunt its special status via gratuitous intersection landscaping, in this case a lachrymiform islet of shrubs and boulders that does little more than further discomfit pedestrians. But before this, a gravel track leads down into a strange clearing: incongruous slopes of manicured grass set around a lone and lonely kowhai. I hear the sound of water on either side, see the rusty grilles at the entrance to two culverts, and deduce that the confluence is underground, perhaps beneath the brute land-bridge of Wingfield Place: there’s something faintly unwholesome about the whole concept.

I wander towards the eastern rivulet, and see a network of diminutive paths beaten into the undergrowth, bearing all the signs of childish adventuring among the forgotten commons. Recalling distant childhood memories, it’s hard not to be intrigued, even if they’d lead to nothing more a pile of rusty soft drink cans, but peering into the murk I get a surprise: dark iron wheels and gears, nestled amid the ferns and moth-eaten kawakawa. Pushing through the undergrowth I come across the ragged stumps of fence posts, a pair of corroded rails bridging the shallow gully, and most surprisingly, a minimalist concrete bunker, its rough aggregate succumbing to a green fur of algae, moss and ferns. I imagine factories and laboratories, secret military installations crumbling in this forgotten valley, overlooked and overgrown.

The truth, when I research it later, is more down-to-earth but at least as fascinating, and caught up in a surprising web of historic, cultural and geographic connections. This is the site of the Drake Homestead, just one corner of Thomas and Ceres Drake’s farm that once stretched across the hills of Paparangi and Newlands, a continuity now severed by the motorway. His own name may not be remembered here, but his illustrious ancestor Sir Francis proved a somewhat tenuous inspiration for the naming of Grenada Village across the highway. The Caribbean exploits of the Virgin Queen’s favourite pirate inspired the developers to give those staid and windswept streets such incongruously tropical names as “Guadeloupe”,” Trinidad” and “Curacao”.

Thomas Drake is said to have been the first to import Romney sheep, and his macrocarpa that still stand creaking over the valley were the first planted in the Province, their cones then seeding the Botanic Gardens. He founded the first brewery in Wellington, and this 100 acre holding was formed from the first land subdivision in New Zealand. Sheep, macrocarpas, gardens, beer and subdivision: a succinct expression of the Pākehā mythos.

The Decramastic tide of the late Pakeha dream now swirls all around the vanished homestead. The only visible signs of Drake’s legacy are the utilitarian relics of agricultural enterprise, mouldering into the resurgent bush, and the exotic arboreal aspirations of the old Etonian who planted cypress from Monterey and rhododendrons from the Himalayas.

North of Wingfield Place, the Porirua Stream makes another bid for daylight, and I find my way to a rough stream-side track. The more civic-minded locals have cleared the banks and planted native riparian species, but for now the effect is of a dry and barren landscape of pine stumps and recalcitrant gorse. Soon the stream retreats back underground, and the track delivers me back to the familiar exurban drosscape of chainlink fences, shipping containers, parking lots and white concrete tanks. 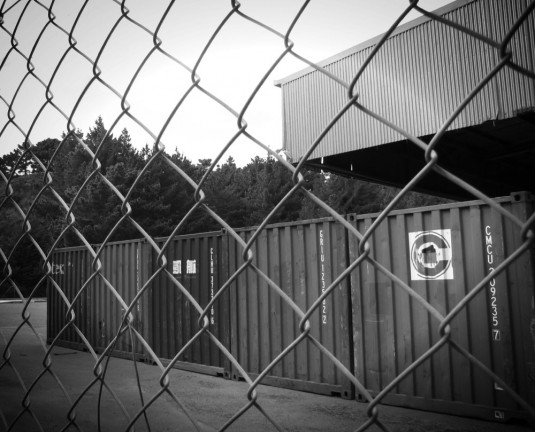 A private access road curves right towards a low warehouse. Street maps show an expanse of grey void, neither city nor park nor country, that non-space that signifies “nothing to see here”. The aerials show an almost endearingly bucolic landscape of paddocks and meandering streams. I’m aware that the curve of the old Porirua Road is taking me further from the motorway, and I’d resolved to stick as close as I could to the Road of National Significance that now drones at the far edge of audibility. Perhaps a spot of cross-country gorse-bashing and even some judicious trespassing is called for here, to explore the unseen edge of the highway?

At first it seems easy, though I’m wary of the bristling CCTV cameras that guard the shuttered warehouse doors. I slip around the side, into a cool piney shade, and look for ways down the bank, but it’s precipitous and guarded with barbed wire. At the rear, another fence thoroughly bars my way, with yet more fences and a rough gully still between me and the motorway’s retaining wall. A row of containers gathers dust and pine needles, and these symbols of fast-paced globalised commerce seem almost disconsolate when immobilised in such an innocuous location: slow, stagnant doldrums in the wake of  international capitalism’s dizzying maelstrom. The precursors of globalisation have left subtle traces throughout this valley, but the globe-trotting Drakes’ adventures have now been systematised and anonymised, stacked and abandoned.

I head back towards Middleton Rd, pausing to peer through the pines to the rolling paddocks beyond. Horses trudge and graze listlessly along dung-strewn terraces, penned between motorway, warehouse, and a dense, fenced-off enclave of homes. These townhouses without a town have been christened “Monterey”, but if this is supposed to evoke the Monterey Cypress, the Cupresses macrocarpa so beloved of the Drake family, then their conspicuous absence within the complex is beyond irony. The road winds on, into the widening landscape, the opening skies. 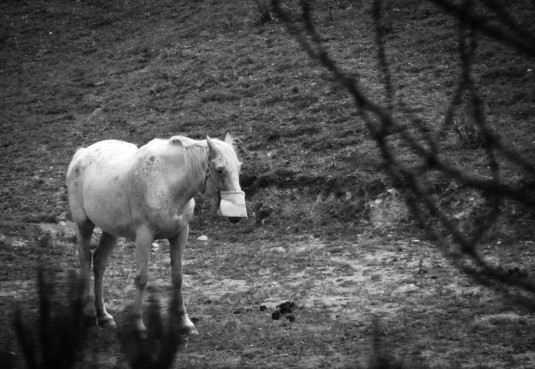