We noticed the other day that Namastey in Dixon St had had a makeover. Most of it involves  overstuffed couches and smart new tablecloths, but it was the artworks that really stopped us in our bhaji. 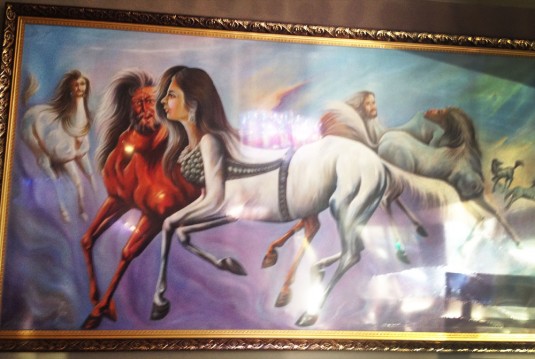 I’m not really sure what’s going on here. I imagine it’s based upon traditional mythology, but the whole thing is a surreal mélange of fluffy New Ageism, Bollywood glam, disturbingly contorted anatomies, bondage chic, earnest Christian devotional art and Turneresque meteorological impressionism. Someone on Twitter suspected that one of the background Centaurbeasties may actually be The Dude from The Big Lebowski.

But the painting beside it is even more … interesting. It may not be safe for work, especially if you work with animals. 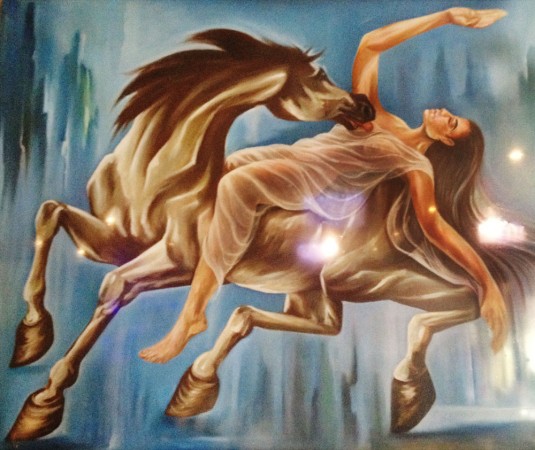 This may have been commissioned by Colin Craig to warn of the dangerously slippery slope that would be started by marriage equality. Or perhaps it’s a vignette from the early life of Catherine the Great. Have a look (though try not to stare: it’s rude) next time you’re at Namastey.