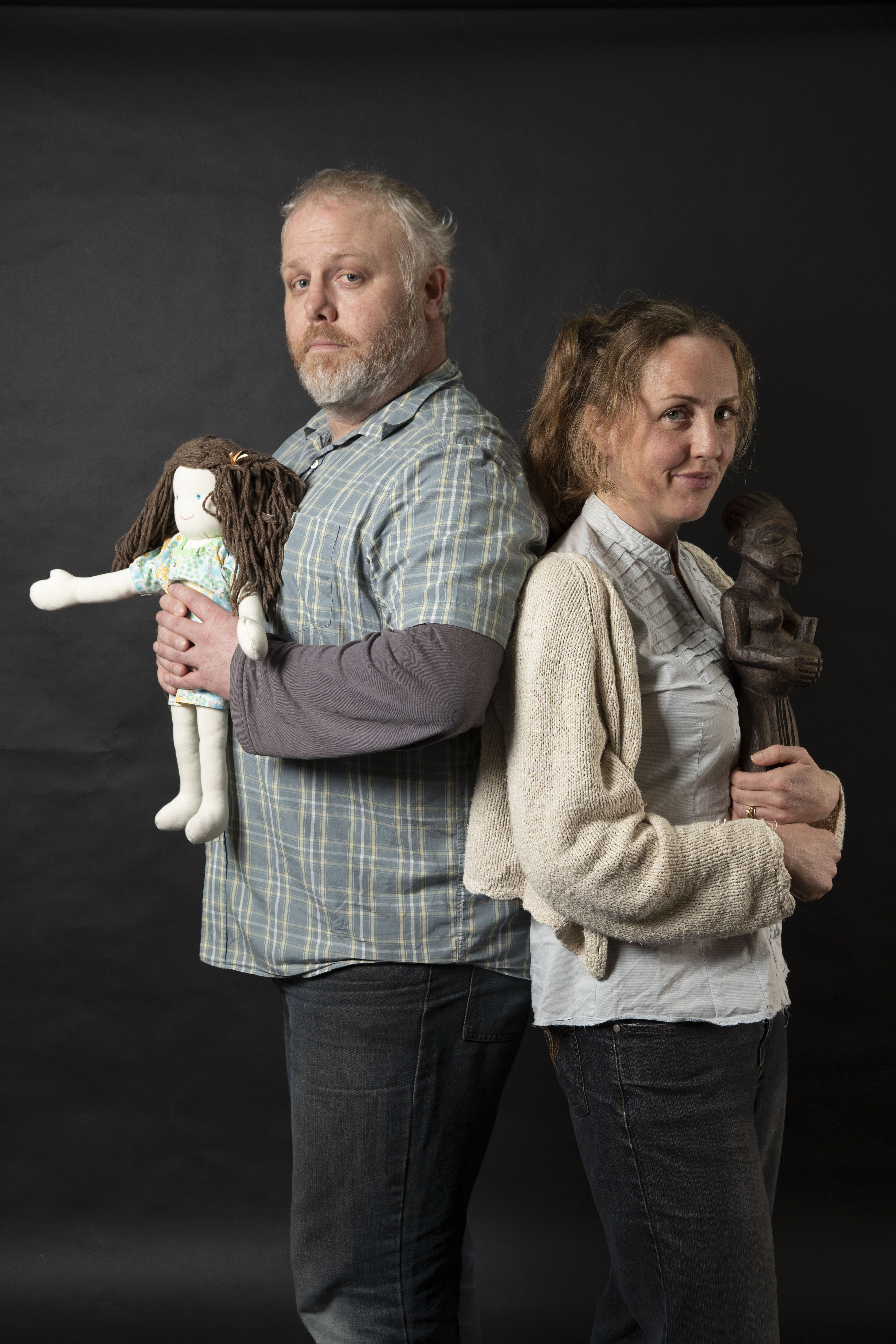 Liz and Frank have spent the past few years achieving the sort of anaemic existence that passed for middle-class success for my parents’ generation.  Careers, a house, a child.  Carefully curated shelves of books and knick-knacks in the living room.  This living room is the stage for a reunion dinner party; two old friends have returned from their philanthropic endeavours in the third world.

An awkward evening commences between two couples who may have once been close, but whose experiences now leave them grasping for something in common.  Liz dotes on her daughter, a child Frank never wanted, and tries to connect with Carol over the child she’d mentioned in countless letters.  Carol is clearly grieving, and Martin is drinking twice as fast as anyone else.  Frank boorishly grins and winces whenever his wife says something.

The dynamic is deeply uncomfortable, but some light is shed on the unspoken issues through asides, where a lighting cue freezes all actors but the one with something to say.  It’s not an original device, and honestly became frustrating, especially as each aside would end with the action rewinding back before the line or two that had preceded it.  The constant repetition was eased by the actors lending new and different emphasis and meaning to each repeated line or moment.  They worked incredibly hard, and that allowed the tension to build and build throughout.

Ultimately, something has to break, and it’s Liz, violently.  Her realisation of at least some of what has happened to Carol, or rather, the child she’d left behind, is agonising to watching.  Rebecca Parker was extraordinary, emotionally and physically, in this role, and I felt my face and body clenching up in sympathy with hers.  Fingal Pollock as Carol provided an excellent foil, with a dignity and strength that was quite beautiful.  I feel like the husbands, ultimately, were just disappointing props to their wives’ journey.  In a way, the distance within each marriage was far greater than the physical miles that had separated the couples for years.

There is no resolution in this play.  It’s about alienation and loss and grasping at fantasies; the child that might mend a marriage, the dream of being a saviour in the third world, the acquisition of material possessions…  reality is cold and mean and so are people… even the people you love.  I found a little hope in the moments of kindness and generosity between Carol and Liz.  But mostly it was a pretty damning perspective.