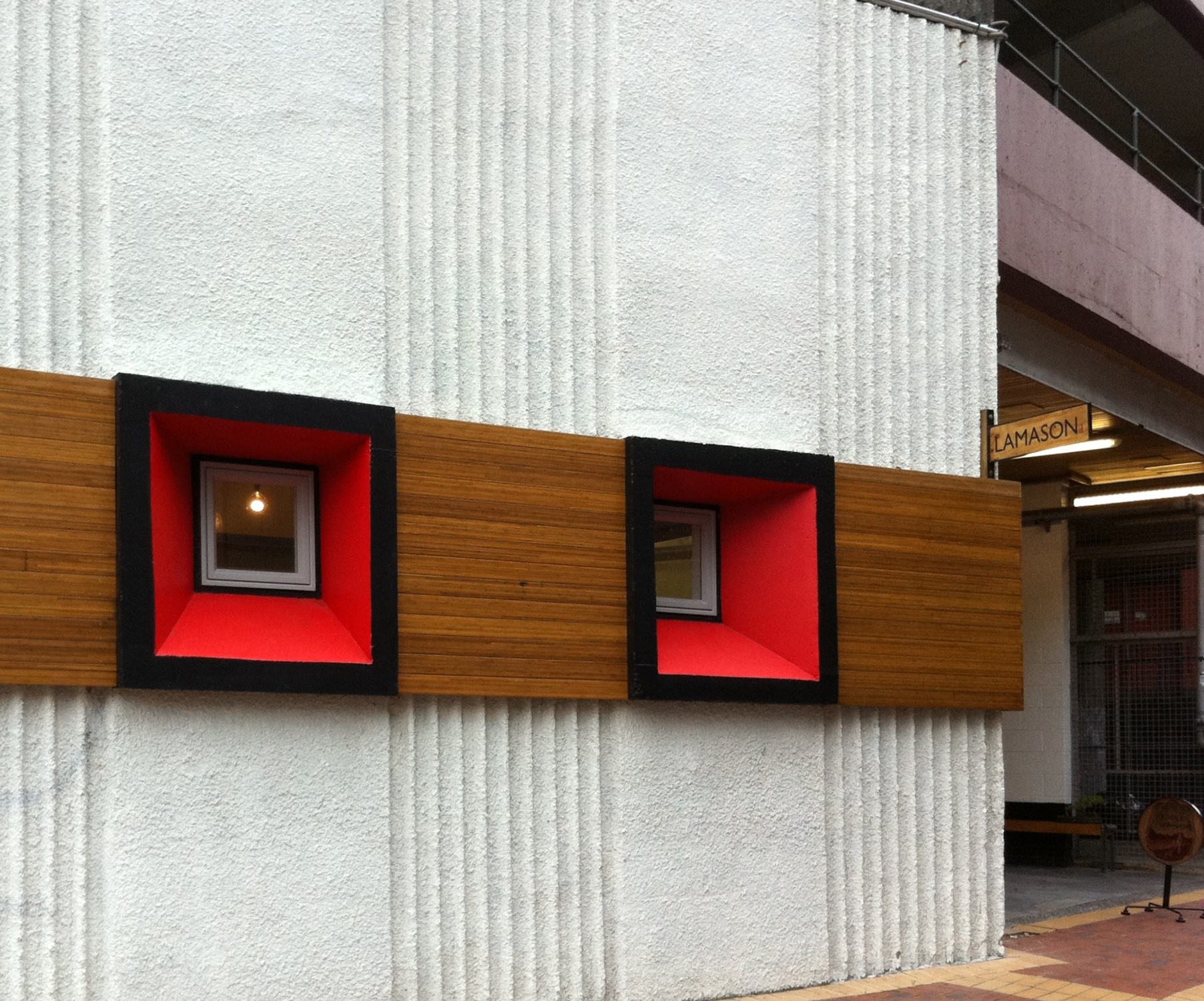 There are many many ways to make a decent cup of coffee. We are seeing some of these alternate methods returning to commercial use around Wellington’s more interesting cafés: the Swiss Gold; the Chemex; the V60; the cold drip… and the siphon.

Dave Lamason, formerly Peoples Coffee’s barista trainer, is passionate about the siphon. So passionate he’s opened a new café dedicated to this most theatrical of coffee-making methods.

This is Lamason, Wellington’s only siphon-brewed coffee bar. (Others do siphon, it’s true: Memphis Belle, Customs Brew Bar, and for a short while Mojo Origins – but Lamason is the first to make this method the centrepiece of their café experience.) Lamason is underneath the carpark in Lombard Street – that’s the odd little street running between Bond Street and the former Manners Mall.

Inside there’s a lot of bare concrete, with the dominant feature being a very large wooden bar. And on the bar is The Apparatus.

The Siphon is an old method of making coffee: it was invented sometime in the 1830s, but largely fell out of favour in the last half century or so. It held on in Japan, from where Dave imported his special café grade version for making multiple brews quickly.

You have two pieces of glassware: the lower a bulb filled with water and heated; the top a cylinder with the grounds in, stopped at the bottom with a washable cloth filter. Through the “magic” of science, hot water is driven into the top; after a short while the heat is removed and the cooling air sucks the water through the grounds back into the bottom. And then you can drink it. (Just let it cool for a minute or two first.)

Wikipedia explains it better, and CoffeeGeek has, well, an even geekier take on it. The water doesn’t stay on the grounds for too long, so there’s no danger of over-extraction or bitterness. Furthermore, many people claim the filter system used lets more of the flavour through compared to paper filter systems.

But bottom line: it’s lovely to watch, and makes a clean tasting cup that reveals the flavours of the bean itself. It’s another good way to try single origin coffee.

Of course you can get your regular espresso or latté (and in time, V60 pourover) at Lamason too, made to the standards we’d expect of Peoples, but this Wellingtonista would thoroughly recommend you also try the siphon.