Getting social while someone else does the cooking 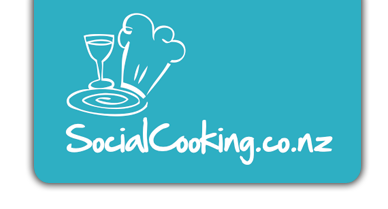 On Monday night, some of the Wellingtonista went along to the launch of Social Cooking, a new cooking school based in Herd Street, so this fly tagged along too, buzzing overhead.

The launch was held inside the City Market space, not actually in the classroom itself, where stands were set up by various purveyors to tempt us with their wares – Mac’s, Montana, the Flying Burrito Brothers, and though they were less sign-pointed, Osteria Del Toro and Monsoon Poon, all of whom are associates of the school, with their chefs being teachers.

Given that the event was free to anyone who registered, and there was no doorlist, it was rather crowded and there was a long wait for margaritas. In fact, the event shut down early because of a lack of glasswear. Disaster! Not early enough to skip a speech from Kerry Prenderghastly. Apparently she’s still around and was asked to do an encore of her “I’m so fucking great” speech from the Fishhead launch. Double disaster! In this case, she threw in talk about a different cooking school which she is taking full responsibility for bringing to Welly. Kind of inappropriate, and we had to listen to it without a drink in our hands. Also, we appreciate that sponsors are important for any event or venue, but woah, what a reacharound they got in all the speeches. It would have been nice to have a little more attention paid to the kind of people who might come along and come to the classes (especially since a lot of the classes are now sold out), and we probably didn’t need the lesson on how Facebook (apparently) works. Did you know you can ‘like’ things?

That aside, we buzzed over delicious ceviche, and salted caramel macarons from Hippopotamus. Wellingtonistas think the school – which emphasizes drinking with cooking – sounds like a good idea. As long as the class attendees aren’t too much like the crowd at the opening, who with all the sense of entitlement of a pack of rich baby boomers were absolutely dreadful at giving way to let people through.